The moonlight hit our faces in a soft sort of way as we stepped lightly out the back door. Night engulfed us, but our path was lit by the white glow of the moon. The day’s warmth had drifted away with the sunset, and I pulled Molly’s jacket closer around my shoulders as we sat down on the pavement of an empty Main Street.

The moon’s magic entranced us. Wonder and wildness and whimsy.

An occasional giggle was heard, and I squealed when a dog barked from behind a nearby fencepost. But mostly, we were quiet. Silence is what you give to one another when you’ve spent far too many afternoons lacing up soccer cleats and doing English homework and addressing wedding invitations.

Sometimes, giving another person a moment of quiet is the strongest sort of love.

“Write me something,” she said.

And the words began dancing around in my mind, slowly and in circles. For days, they’ve been dancing. Just waiting for the right melody.

I drive these hometown roads and they tell me stories. Every tree and path and storefront reminds me of some sort of conversation or shenanigan or song. Music defines different decades of our lives, and mine was defined by a myriad of Christian pop bands and the Hanson boys. Those three hunks hung on my bedroom wall for the longest time—Mom’s concert souvenir for me. I was only 9 when she took me to see them at the fair grounds, buying me a banana Popsicle and laughing as she whistled at the drummer. My face turned red and I gigged from the cool, grassy hill where we sat.

My friends introduced me to bands I wasn’t supposed to listen to at home. Namely, Britney Spears and Spice Girls. JoJo was big there for a while. We’d blare it while we sunbathed on Molly’s roof, her little boom box shaking from the shelf on her bedroom wall. I accidentally recorded myself singing Leave, Get Out on our answering machine once. Much to my mother’s dismay and my own embarrassment. And I’ll always have a soft spot in my heart for Rascal Flatt’s first album. God Bless the Broken Road came out as a single right after Emily went to be with Jesus. And for months, I’d cry every time it came on the radio.

I smirk when I see the skid marks on the curb next to Abundant Life church, remembering the time I peeled out too quickly. Smile when I pass by an old patch of woods. The roads around here remind me that a good majority of my childhood was spent bouncing around in the back of one mini van or another. Being taken to apple orchards or Nashville theater productions. Soccer practices and trips to Land Between the Lakes. Sounds games and sleepovers and so many trips to Fazoli’s.

I told someone recently that I was raised by a band of different women. Bright fingernails and leopard print glasses. Sterling Silver jewelry and southern charm. Organized. Free Spirited. Each so different. And each opening their front door to a skinny, shy blonde girl and showing me what it looks like now, as a grown woman to open up my own door and bring people around my table.

They loved Jesus and valued education, and on the first Tuesday of the month, we’d stand in the old Goodwill parking lot and get a shipment of Amish butter, chicken, and wheat. They’d grind their wheat and make their bread and feed us food from their gardens. They cheered loudly at our soccer games and chatted late into the evening on the sidelines at the Senior Citizen center while Coach Steve made us practice in the dark—Mr. Don’s Suburban headlights keeping us going.

They were strong and bold and brave. Building a community and a life and a great big family out of us all during a time when homeschooling wasn’t a trendy or normal thing to do.

And these were the people my childhood was built around. All of us thrown into a great big community we didn’t really choose.

That’s why it’s so beautiful to sit on their bed and help them fold laundry. Go with them to take their newborn baby to their first chiropractic appointment. Sit in the hospital as they labor and scream and produce a miracle. Stand with them on their wedding day. And let them cradle me as I sob and cry into the couch cushions after a really trying day.

Because at some point, we started choosing each other.

We grew up and left home and fell in love (some of us) and moved out. We lived in foreign countries and developed new hobbies and became comfortable in our own skin.

We started choosing to listen and support and advise and pray for and with. We chose to invest and appreciate and value.

Because all great love and friendship requires you choosing to walk alongside. Even when you disagree and you don’t understand and you’re so very different from one another.

And what a gift it is to sit in the middle of a dark road next to an old friend—a sister—chuckle and say, remember when. 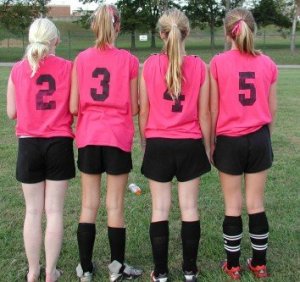 Happy Belated Birthday to my dear friend, who requested this blog post. Thanks for being a fan of my words.

✨ does anyone else think it’s funny that we’ve found names for things like going bare foot or being out in nature when for thousands of years this was a part of every day life?✨ Grounding. Forest bathing. Barefoot. Hiking. Work. Play. Whatever you call it— it’s undeniable that connecting with the earth and nature is healthy for our bodies and minds. ✨ Today it felt like spring so we ditched our shoes and played in the mud and let the sun hit our faces and we both went inside happier.
Here’s a reminder that the one life or person you may touch or influence today is just as significant as the dozens or hundreds or thousands someone else might be touching.
Today is @beautycounter’s 8th birthday. ✨ In those eight years, they’ve supported the passing of 9 cosmetic reform laws, educated and advocated for safer beauty, and worked hard to get cleaner products in to the hands of others while also being mindful of both people and the environment. ✨
The sun came out today. And all of middle Tennessee rejoiced. I wish I was creative enough to have staged this shot. But I’m glad this is actually what was below me when I looked down. Little man snuck the sunscreen in to the wagon.